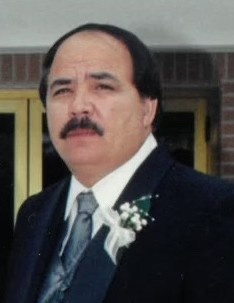 Arcadio Jesus Salinas Jr., passed away on January 5, 2021, surrounded by his family at his home at the age of 70. He was born on November 6, 1950, in Rio Grande City, TX to Arcadio Salinas Sr. and Aurora Salinas from La Grulla, Texas. Arcadio is survived by his wife of over 45 years Ruth Piper Salinas, their children Arcadio Jesus Salinas III (Claudia I. Salinas), and Melissa Linda Salinas. He is also survived by his beloved grandchildren, Omar Arcadio Salinas, Arcadio Alonzo Salinas, Luis Carlos Garza, Jorge Daniel Salinas and Christa Victoria Salinas, his brother Constancio Salinas (Santitos Salinas), his sister Lucia LaGrange and his nieces Idani S. Salinas, Julissa A. Salinas, and Constance A. Garza.

Arcadio graduated from Pan American University with his bachelor’s degree and later attained his master’s degree. With a strong background in mathematics, he served his beloved Grulla Middle School as a 6th-grade math teacher for over 20 years. He went on to serve the students of RGCCISD for over 40 years as an At-Risk Coordinator and Director for Maintenance.

Intertwined with his passion for education, Arcadio was also a Sergeant First Class for the United States Army. He served his nation for over 25 years where he experienced several overseas deployments including Germany and Korea. He received an Honorable Discharge and retired from the United States Army in October of 1993.

Arcadio also had a passion for giving back to his community.  He was currently serving on the Board for Starr County Memorial Hospital and Starr County Teachers Federal Credit Union and served as a Board of Director for over 25 years. He made it a point to give his consistent leadership and passion in carrying out the vision of the respective organization alongside his dear friends Thalia Munoz, Emma Gonzalez, and Enedina Nunez.

Even though he loved to serve RGCCISD and The United States Army, it was evident his passion was farming. His prized farming produce was Calabasas Mexicanas which he farmed in La Grulla, TX for over 60 years. Arcadio and his farm were one, and it was evident it was a way of life and his legacy.

To order memorial trees or send flowers to the family in memory of Arcadio Salinas Jr., please visit our flower store.