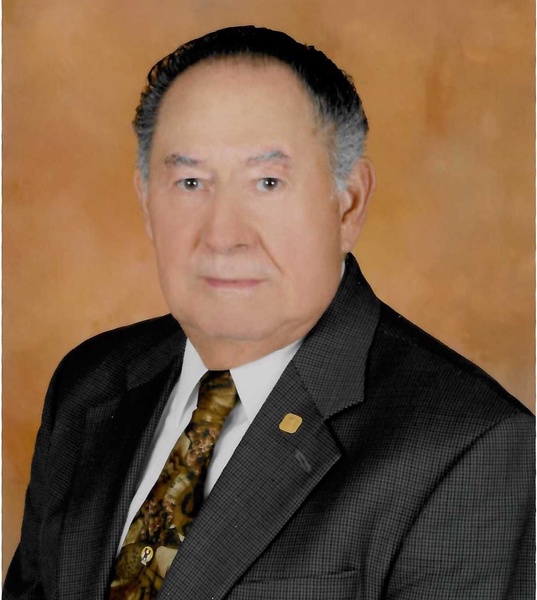 It is with great sadness that the family of Baldemar A. Chapa of Roma, Texas announces his passing on Sunday, November 7, 2021, at the age of 92. He was a loving and caring husband to Noelia I. Chapa, an amazing loving father to Judy, David (Dora), Belinda, and Margot, and friend to all.

Baldemar A. Chapa was born January 7, 1929, in Roma, Texas. He attended school in Roma through 11th grade before transferring to Rio Grande City High School in 1946 where he graduated. He was married to the former Noelia I. Peña, and they celebrated their 65th wedding anniversary in July.

Upon graduation, Baldemar A. Chapa worked for the City of Roma. In 1947, he began his career working for the U.S. Postal Service in Roma, and he remained there until 1950 when he joined the Army during the Korean Conflict (1950-52). After an honorable discharge, he returned to Roma and was reinstated into the Postal Service as a Postal Clerk. In 1977 he was appointed Postmaster of Roma, Texas. He retired from the U.S. Postal Service in 1985 after 39 years of service.

In 2006, the Roma Chamber of Commerce selected Baldemar to serve as the
Roma Fest Parade Marshall on the 241st anniversary of the founding of Roma, Texas. Where he spoke about the importance of giving back to your community through public service and volunteerism.

Baldemar enjoyed spending time with his wife and family. Baldemar and his wife Noelia were avid supporters and fans of the Roma Gladiators sports teams, often following the teams on out-of-town games.

Baldemar served as a mentor and role model to many and was a pillar in his community.

To order memorial trees or send flowers to the family in memory of Baldemar A. Chapa, please visit our flower store.