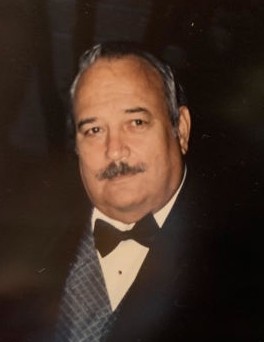 Rio Grande City – Bill D. Pope Sr. 81, went peacefully with the Lord surrounded by his family, praying the Chaplet of Divine Mercy at his bedside, on Monday, January 6th, 2020, at Doctors Hospital at Renaissance, Edinburg, Texas.

He was born on October 2, 1938, to John A. Pope, Jr. and Raquel Valle Pope in Rio Grande City, Texas.  He was preceded in death by his parents, his brother, John A. Pope, III, and his nephew, John Andrew Olson.

Surviving him are his loving wife of 58 years, Rosario Gutierrez Pope, his son Dr. Bill D. Pope, Jr. and his wife, Nelda Montalvo Pope, his daughter, Rachel Pope Assion and her husband Rainer Assion, his sister Rachel Pope Olson, his niece Leslie Olson Ruffino, nephew John Pope IV, niece Mayela Pope, and his six beloved grandchildren, Victoria, Bill III, and Alexander Pope, Natalie and Erik Straub, and Philip Wagner.  "Billy", as he was known to his family and friends, attended Immaculate Conception Catholic School in Rio Grande City, and was an altar server for many years.  He attended high school at St. Joseph’s Academy in Laredo, TX and graduated from St. Mary’s University with a B.A. degree in History and English, and later obtained an M.A. degree from A & I University in Kingsville, TX.  He was employed for over 30 years by the Rio Grande City School district.

Billy was a Past Commander of El Cid Caravan, #106 of Starr/Hidalgo Counties, and a member of the Knights of Columbus, and Lion’s Club.  He was very kind-hearted, and ready to help anyone in need.  All remember fondly the interesting stories he would tell about his experiences growing up.  He had a wonderful sense of humor, and made friends easily.  He enjoyed hunting and spending time at his ranch with his family.  His love for horses was evident when at a young age, he would visit friends around Rio Grande on his favorite horse, “Susie.”

To order memorial trees or send flowers to the family in memory of Bill Douglas Pope Sr., please visit our flower store.