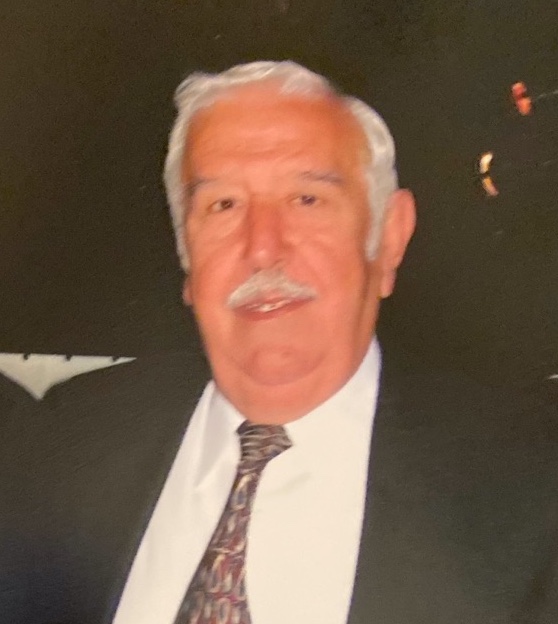 Dagoberto Lopez entered into eternal rest on Thursday, September 23, 2021, at the age of 82. He died peacefully at his home in Alto Bonito, TX surrounded by his loved ones.

Dagoberto was born in Ochoa, Tamaulipas on September 23, 1939, to Gregoria and Teofila Lopez. At the young age of four, Dagoberto was adopted by his loving uncle and aunt, Nicolas and Benita Gomez, and was raised in Rio Grande City, TX. He attended Immaculate Conception School and graduated from Rio Grande City High School in 1958. After graduating from high school, Dagoberto enrolled in Pan American College while working at J Edelstein Furniture. In 1962, he enlisted in the U.S. Army and was stationed in
Germany for two years

In September 1974, he married his sweetheart and life companion, Thelma Longoria. In his younger years, Dagoberto was a member of the Rio Grande City (RGC) Chamber of Commerce, RGC Jaycees, and the RGC Beef Syndicate. He was self-employed for many years and retired from Montgomery Ward in 1998. He was active with the American Legion Post #382 where he served as an officer for more than twenty years. He loved to travel and constantly reminisced about his multiple trips to Europe and The Caribbean. But all who knew Dagoberto will tell you that his favorite vacation spot was Las Vegas, NV where he visited yearly for many decades.

He will be remembered as a loving husband, father, and grandfather who took great pride in his family. He had many relatives and friends who loved him for his kind nature, charming personality, and sense of humor, which he maintained until his final hours.
Dagoberto is survived by his loving wife, Thelma L. Lopez; his children Melissa I. Lopez (Homer) Gonzalez Jr. and Dagoberto (Marisa) Lopez, Jr.; his brothers Heriberto Lopez and JC “Temo” Gomez; his grandchildren Nicholas & Carolina Lopez and Victoria & Omar Gonzalez; sisters-in-law Edelmira Gomez & Gloria Lopez; and many nieces & nephews. He was preceded in death by his parents Gregorio & Teofila Lopez; his adopted parents Nicolas & Benita Gomez; his brothers Gilberto Lopez & Luis Angel “Cono” Gomez; his aunt Belia G. Lopez; and his sister-in-law Carmen Lopez.

The visitation service will be on Wednesday, September 29, 2021, from 2:00-8:00 pm; the Holy Rosary will be recited at 6:30 pm. Visitation services will continue on Thursday, September 30, 2021, from 9:00- 10:30 am and the funeral mass will be held at 11:00 am at Holy Family Church in La Grulla, TX. Interment services will follow at 1:00 pm at Rio Grande Valley Veterans Cemetery in Mission, TX. Funeral Services are under the direction of Sanchez Funeral Home in Rio Grande City, TX.

To order memorial trees or send flowers to the family in memory of Dagoberto Lopez, please visit our flower store.
Send a Sympathy Card