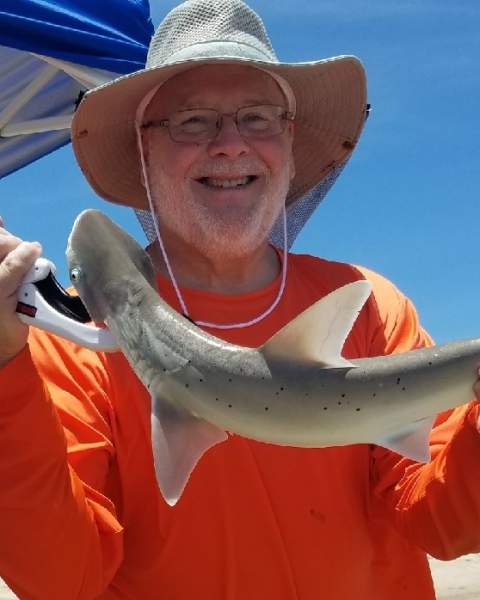 Dennis Joe Sumers, age 71 passed away November 12, 2022, due to frontal temporal dementia complications.
He is survived by his wife, Ann Sumers, son Mason Sumers and daughter Kelsey Tobola (Scott), numerous nieces, nephews and “man’s best friend” McCoy. He graduated from Pan American University with a Bachelor of Science in Physical
Education and was a member of Tau Kappa Epsilon (TKE) fraternity. His first job after graduation was coaching for Lyford I.S.D. Later he changed career paths and became a purchasing agent in the irrigation industry for 40 years. He had a very
strong work ethic and was dedicated to his job and devoted to his family. He enjoyed hunting, fishing, and outdoor sports. He loved traveling to his children’s extra-curricular activities and events as well as spending weekends at the family
farm. He also was an avid supporter of 4H and FFA. He was preceded in death by his grandparents Clint (Katie) Sumers, Lela Ivey,
parents Keith (Gardis) Sumers, brothers Kerry, Randy, and Lonny Sumers. Celebration of Life for family members will be announced later. In leu of flowers, donations are welcome to a charity of your choice.

Mission - Dennis J Sumers, is with great sorrow, we announce the passing on Saturday, November 12, 2022 at the age, of 71 at Aurora House Foundation in Weslaco, TX.  Services are entrusted to Sanchez Funeral Home in Rio Grande City, Tx.

To order memorial trees or send flowers to the family in memory of Dennis J Sumers, please visit our flower store.