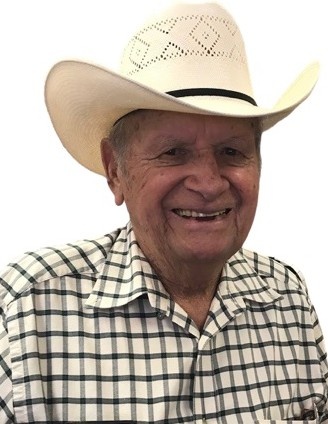 Heaven after passing away on Friday, August, 28, 2020 at the McAllen Medical

Center. He was a loving, hardworking, and humorous man who was happiest when

laughing with his family over a meal or outside on his ranch, tending to his

Barrera. He was the eldest brother of nine children, always protective and

dedicated to his siblings’ well-being and happiness.

At the age of 18, Beto was drafted into the army and served 2 years in the Bay

Area. Following his service, he returned home to Roma, TX and participated in local

politics, serving on the school board and even running for commissioner.

Throughout this time, he loved helping and learning from his father on the ranch.

During his career, Beto served his community as a county tax collector and chief

appraiser. The ranch also came into his care and continued to be his passion. He

loved caring for the animals, working the land alongside Homer and Eddie, and

sharing his happy place with family and friends. Throughout his life, Beto’s cowboy

hat and boots were easily the most recognizable part of his wardrobe.

Eventually, Beto and Emma met while working at the Starr County Courthouse.

They wed on July 10, 1960 and were married for an amazing sixty years. He and

Emma created a life centered around helping others, growing their ranch, and

creating a beautiful family in Rio Grande City. They have three children, a son,

Eduardo, a daughter, Veronica, and an adopted daughter, Eloisa. As a father, Beto

did whatever he could to ensure his children were happy and successful.

On the weekend, they often spent time together with the animals. Beto showed

Eddie the ropes for his 4-H Club responsibilities, teaching him all he needed to

rodeos. At their ranchito closer to home, Beto showed Betty how to raise and

bottle feed a baby calf. When the family wasn’t spending weekend time on the

ranch, they would take trips out to South Padre Island or Astroworld for some fun.

adored by his grandchildren, Dayna, Bianca and Annika.

cowboy, or as he would call it “the real McCoy.” They loved helping him feed the

deer and cattle at the ranch, riding in the back of the truck, and eating watermelon

– saving the rinds for their favorite resident animal, Fozzy the deer. Whether it was

letting the girls have Oreos for breakfast, asking them for his next loan, or playing

cards, he spoiled them and always had a joke up his plaid sleeve.

Beto is survived by his loving wife of 60 years, Emma Barrera; three children,

nephews and friends. He is preceded in death by his mother and father, Celina and

Macaro, his sister, Connie Consuelo, as well as his brothers and sister-in-law

lived, and being part of it. On your way out, he’d also want us to say “See you later,

alligator” - to which you might reply, “After a while, crocodile” – and he’d break

out in a big belly laugh.

To order memorial trees or send flowers to the family in memory of Heberto Barrera, please visit our flower store.