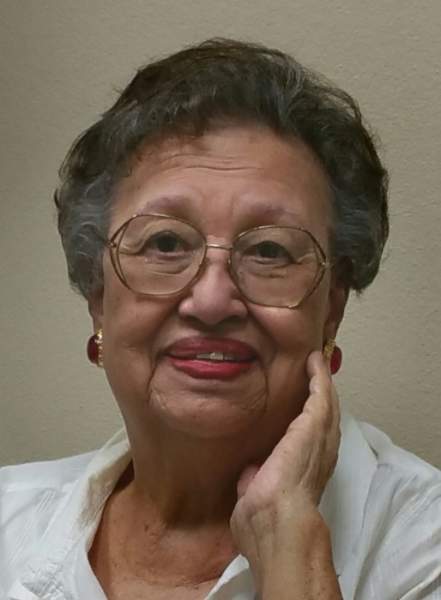 Isabel Ernestina Garza Brown of McAllen, Texas, beloved daughter, sister, wife, mother, grandmother, great-grandmother, friend, and educator passed away peacefully on April 16, 2018, surrounded by loving family.  Isabel will forever be in our hearts, and our lives are more meaningful through her tireless and remarkable love of family.

Isabel was brought into this world in Rio Grande City, Texas on September 28, 1931. She was the first of eight children born to Filemon Garza, Sr. (+) and Guadalupe Trimble Garza (+).  After graduating from Rio Grande City High School in 1949, she attended and graduated from Texas A&I College in Kingsville, TX with both a bachelor’s degree in 1952 and a master’s degree in 1984 in Education.  Isabel’s courage blazed a trail and set the standard for her brothers and sisters to follow.  She considered herself fortunate to ignite intellectual talent in children and taught elementary school for forty-two years with thirty-six of those years as an educator with Hidalgo I.S.D.  She loved the people of Hidalgo and dedicated herself to assisting children not only academically, but with great discipline and kindness concerning their individual aspirations and family situations.

In 1955, Isabel’s future husband James, a Korean War veteran, fell in love with her and their romance began at a small schoolhouse in La Rosita where she was teaching elementary school. One day, James brought her an ice cold Coca-Cola and this was the beginning of their 63-year love story.  James soon proposed marriage at the Christmas Dance that same year at Fort Ringgold and they were married on August 4, 1956.  Isabel and James moved to McAllen three years later and raised four daughters.  They were devoted, hardworking and loving parents, instilling a sense of adventure and desire in their children to experience the beauty of the United States and the world by traveling in the summers to many National Parks, Mexico and Canada.  Isabel and James continued to travel throughout the United States, Asia, and Europe in their later years.

After her retirement, Isabel developed a deep interest in the history and genealogy of South Texas and in particular, Starr County.  In 1995, after much research, she was able to compile and publish the “Family History and Descendants of Miguel Saenz, Porcion 73.” She successfully traced her ancestral line discovering her direct descendants from an original grantee to Porcion 73 in then Nuevo Santander.

On September 28, 2011, Isabel was honored by the State of Texas House of Representatives on the occasion of her 80th birthday, for her contributions to public education, the genealogical history of South Texas, and as a ‘true’ Tejana. The Resolution can be found here: https://capitol.texas.gov/tlodocs/82R/billtext/pdf/HR02430I.PDF

Isabel was an active member of the Palm Valley Retired Teacher’s Association, Las Porciones Society, Sacred Heart Catholic Church, The Javelina Alumni Association of Texas A&M University, and was enthusiastically engaged in countless activities in which her grandchildren participated. She also especially loved holidays and family gatherings in which she took great joy in preparing delicious meals as well as sharing family history and conversations of interesting topics ranging from literature to politics.

To order memorial trees or send flowers to the family in memory of Isabel Ernestina Brown, please visit our flower store.