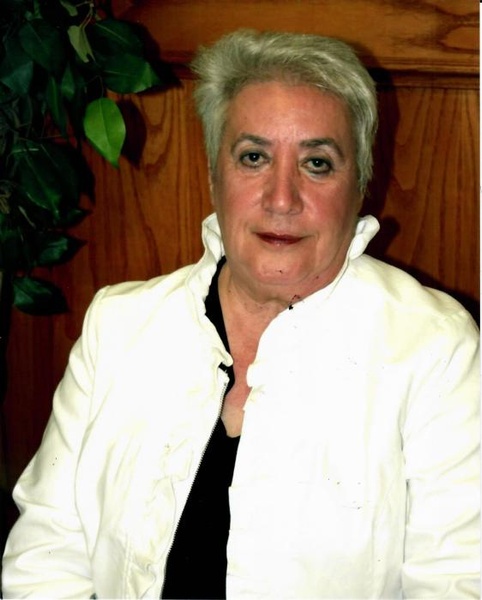 Lucinda Ofelia Villarreal, beloved wife, mother, and friend, was peacefully called home to Heaven on January 29, 2019, after a brief and courageous battle with pancreatic cancer.

Born on April 18, 1947, in Rio Grande City, Lucinda was a lifelong resident of Rio Grande City in Starr County.   Predeceased by her parents Baltazar Hinojosa and Elvira Longoria Hinojosa, she forever mourned the untimely deaths of her sister Leona Hinojosa Martinez, brother-in-law Dr. Hugo Martinez, and infant nephew Hugo who perished in a 1962 car accident.

Family members left to cherish her memory include her husband Mauro Erasmo Villarreal; son Hugo J. Bazan; daughter Issis Vanessa (Brian) Fox of San Antonio, Texas; Alyssa Olivia Fox (7) and Evan William Fox (9) who were loved dearly by their “Grandma Lucy”; and many treasured Madrigal, Longoria, and Hinojosa cousins.  Lucinda never met a stranger, and will be dearly missed by countless new and lifelong friends from around the United States and Mexico.

After graduating from Rio Grande City High School in 1965, Lucinda earned Bachelor’s and Master’s degrees in English and Bilingual Education during academic studies at Incarnate Word in San Antonio, then Pan American University in Edinburg, and then Texas A&I in Kingsville.  Throughout her forty plus years as an educator in the Rio Grande City CISD, she guided countless students toward mastery of the English language.  As a UIL drama and oral reading coach, she inspired students to excel in public speaking.  Her deep love of musical expression led her to follow and support local mariachi musicians, while traveling to performances across Texas.

Lucinda was a member of the Lions Club of Rio Grande City, the Starr County Retired School Employees Association, as well as the COPA Club and the Mr. & Mrs. Club of Rio Grande City, area social clubs.  After retiring from teaching, she accompanied her husband Mauro in his land services business, a venture that took them on adventures across the Rio Grande Valley, central Texas, and the Permian Basin.

Lucinda’s exemplary leadership during her more than fifty-three year membership in the Florence J. Scott Study Club earned her Texas’s General Federation of Women’s Clubs Outstanding Club Woman Volunteer Award and also South Texas District’s Outstanding Club Woman Volunteer Award. Lucinda’s community service was recognized when the Florence J. Scott Study Club was honored as the 2018 Starr County Youth Fair Group Volunteer of the Year. Her husband and she were chosen as Parade Marshalls of Rio Grande City’s Sesquicentennial Parade, a nod to their deep contribution to preserving the city’s rich history.  Her Beta Sigma Phi sorority sisters from the Beta Eta Tau chapter, of which she was a charter member, selected her as Sweetheart of the Year.

“Baby Lu of Starr County”, one of her many affectionate monikers, lived her life with deep passion.  Always at the center of any gathering, she was the life of the party - especially where dancing was involved.    From her kitchen, Lucinda graciously shared her signature dishes of flan, refried beans, tortillas, and nopalitos which family and friends often requested.  Her love of reading included diverse titles spanning from the Holy Bible to Danielle Steel novels.  Her far-flung travel destinations took her across the United States, Europe, and Mexico.

Lucinda’s faith journey to Medjugorje, Herzegovina, was especially poignant and meaningful.  She often recalled the comforting aroma of roses as she strengthened her Christian faith during the pilgrimage site visit.

Lucinda’s family will be eternally grateful for the gentle and compassionate care she was shown during her final days at Comfort House in McAllen, Texas, and to the kind and thorough health care professionals at Doctor’s Hospital at Renaissance.  In lieu of flowers, those desiring to make a memorial contribution in Lucinda’s name may consider Comfort House, 617 West Dallas Avenue, McAllen, Texas, 78501.

To order memorial trees or send flowers to the family in memory of Lucinda Villarreal, please visit our flower store.