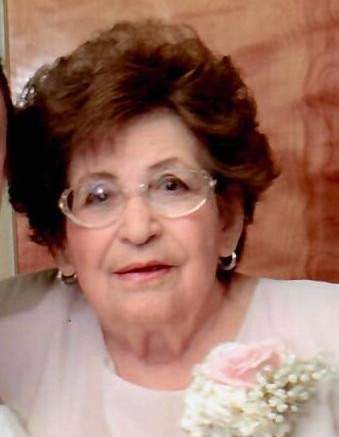 Chayito and her husband Guadalupe Erasmo Barrera "Lupito" made their home and raised their 6 children in Rio Grande City since 1960. All of the five boys served in the US Military. Son Luis retired from active duty as a Lieutenant Colonel from the US Army after serving for over 28 years and son Rosbell "Ross" retired with the rank of Colonel from the US Army after 34 years of service. Noteworthy their grandson Frankie (RGC High School class of 1997) graduated from the US Military Academy at West Point New York Class of 2012. Frankie is currently serving on Active duty as a Captain. Another nephew son of the eldest son Francisco is also on active duty Army a First Lieutenant. Lupito and Chayito proudly displayed "old glory" in front of their home on main street and were very patriotic and proud to be Americans.

Along with her 4 sisters and 3 brothers Chayito was raised in San Javier (General Trevino) Nuevo Leon, Mexico. As a child her family moved to the US and settled in Elsa, Texas. Her family would migrate north and work in the cherry and asparagus's fields throughout Illinois and other states.

She was proud of her sons and daughter and would always greet everyone with a golden smile. She knew she had done well in raising her children.
Chayito became a US citizen in 1985 and was known as a strong conservative. She voted on every election since then. She admired President Ronald W. Reagan in the 1980's which gave her a clear sense and motivation to be part of the American process.
Chayito has travelled all over the US, Puerto Rico and was proud to have visited Mexico City and toured her lifetime dream of the "Basilica of Nuestra Senora de Guadalupe". She was proud to have been a citizen of Rio Grande City where she made many great friends. She supported the high school rattlers through her children and participant on several events hosted by Immaculate conception Church Catholic School. She was a devoted Catholic and always prayed the rosary for the less fortunate.
Many in Rio remember Chayito as part-time seamstress. While raising 6 children in the 1970's Chayito worked at home as a part-time seamstress and kept the books "accounting" for the family business "Frank's Texaco". She believed in her children having the best education as she purchased the "World Book Encyclopedia" and paid it $10 a month in order for her kids to see beyond the borders of the city and cease the opportunity that this country has to offers.
Chayito loved tending to her plants and simply enjoying her grandkids.
Chayito will be laid to rest next to her husband Guadalupe Erasmo Barrera in Rio Grande City, Texas.
Viewing will start today, Tuesday, June 04, 2019 from 10:00 am - 9:00 pm., with Rosary at 7:00 pm. Viewing will continue on Wednesday, from 8:00 am - 9:45 am, her Funeral Mass will be at 10:00 am, Immaculate Conception Catholic Church in Rio Grande City, Interment will follow at Rio Grande City Cemetery. All funeral arrangements are under the care of Sanchez Funeral Home of Rio Grande City, TX.

To order memorial trees or send flowers to the family in memory of Maria D. Barrera, please visit our flower store.