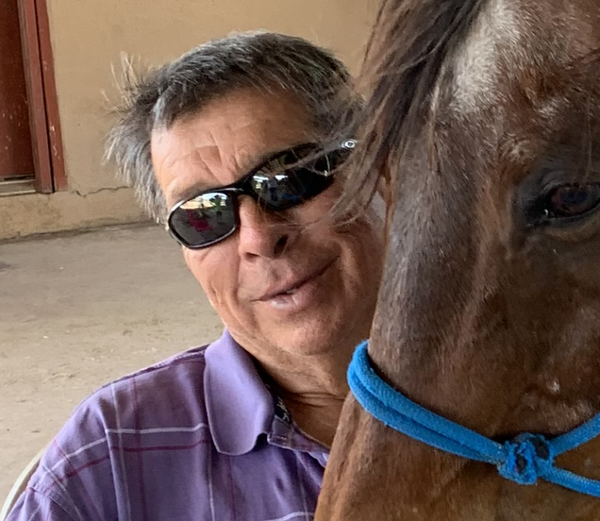 Oscar Ozuna rode into the sunset on December 31, 2019 and was reunited with his wife and high school sweet heart Diana Ozuna and his son Rene Carlos Ozuna.  Oscar Ozuna was born to Sabas and Arcadia Ozuna in Rio Grande City, Texas.

Oscar Ozuna was most recently employed by the RGCISD where he enjoyed the company and working alongside his colleagues.  Oscar Ozuna served our country while working for the USDA on horseback patrolling the Rio Grande River before retiring and moving on to a position working alongside Robert and Lica East of East Brothers Ranch.

Oscar Ozuna was considered by most to be the last of the great cowboys and often spent his time team roping with family and friends and enjoyed sharing his knowledge about the sport with anyone willing to listen.

Oscar Ozuna loved and was loved by his grandchildren who wanted to hear his stories and learn from his teachings.  He was an inspiration to his family.

As his family moves forward, they will look at each sunset with their heads held high knowing that he, Diana and Charlie Ozuna will be forever watching over them.

To order memorial trees or send flowers to the family in memory of Oscar Ozuna, please visit our flower store.
Send a Sympathy Card