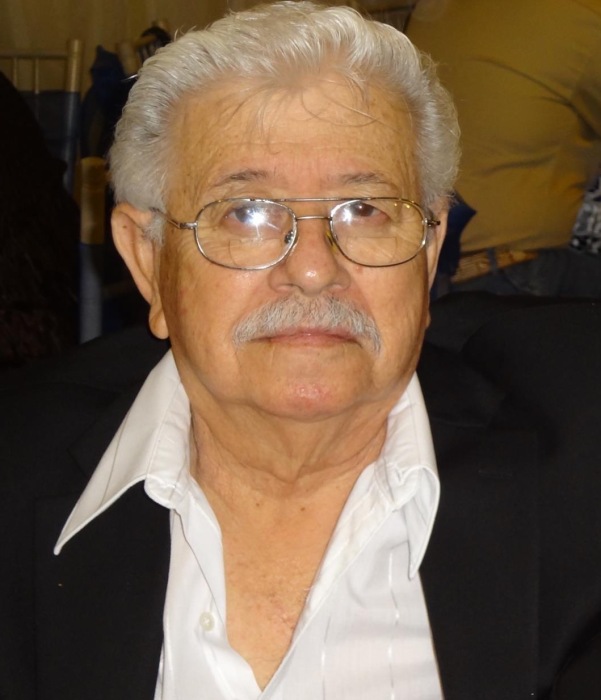 RIO GRANDE CITY — On Tuesday, September 29, 2020, surrounded by his loved ones, Oswaldo R. “Chief” Gonzalez was called home to heaven by the Lord. At 82 years old, Oswaldo lived a life of love and adventure. Born on April 6, 1938, Oswaldo is proceeded in death by his parents, Oswaldo M. and Emma R. Gonzalez, and a brother, Rogelio J. Gonzalez. Oswaldo was well known around the community for several businesses he owned after being honorably discharged from the U.S. Navy in 1978. He was a Chief Petty Officer and Radioman during the time that he served, and fought four tours in Vietnam. Oswaldo was stationed in California, Guam, and the Philippines, to name a few, before retiring and remaining in the city that he grew up in. Oswaldo will be remembered as a man who gave his all for his country and family. A man of little words, but a light and anchor for those he loved and held dear to his heart. A caring man who enjoyed working, and teaching those willing to learn. He is survived by his “baby,” the love of his life, Juanita Gonzalez; his brother, Arturo M. (Gloria) Gonzalez; his daughter, Veronica L. Peña; his grandchildren, Kristina M. (Abram) Lopez, and Victoria L. Peña; and his great-grandchildren Aiden D., Dylan R., and Aria J. Lopez. Oswaldo will be dearly missed by his loved ones, and by the people that his heart touched. His viewing will be held on Friday, October 2, 2020, at Sanchez Funeral Home in Rio Grande City, Tx, from 11 a.m. through 7 p.m., proceeded by his burial the following day on Saturday, October 3, 2020, at Rio Grande City Cemetery at 10 a.m.

To order memorial trees or send flowers to the family in memory of Oswaldo R. "Chief of Radio Man" Gonzalez, please visit our flower store.
Send a Sympathy Card