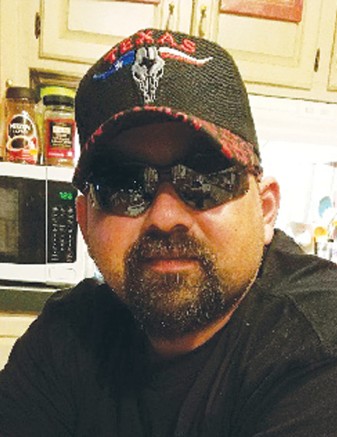 RIO GRANDE CITY / WILLMAR, MN. - Rigoberto Clarke, age 38, of Willmar, died unexpectedly Tuesday evening, Aug. 14, at Rice Memorial Hospital in Willmar.
Rigoberto Clarke was born on January 14, 1980, in Rio Grande City, Texas, the son of Roberto and Maria (Garza) Clarke. He grew up in Texas and Willmar and graduated from Willmar High School in 1998. Rigoberto was employed at G & S Staffing in Willmar and for the past 6 years has been employed with Duininck Construction as a heavy equipment operator. His hobbies included playing video and card games, visiting area casinos and spending time with his family, especially his children. Rigoberto’s favorite place to eat was at Panda Garden with his son, LeeJay.
He is survived by his five children, Rigoberto Jr., Romeo, Jessami, Destiny and LeeJay, all of Willmar; his mother, Maria Clarke of Rio Grande City, TX.; two brothers, Roberto Jr. Clarke and Martin (and Teresa) Clarke, both of Willmar; and four sisters, Maria Sara Clarke, Maria C. (and Arnulfo) Gonzalez, Belinda (and Oscar) Soto all of Rio Grande City, TX., and Rosabel (and Jesus) Bustamante of Willmar, besides many nieces and nephews, other relatives and friends.
He was preceded in death by his father, Roberto in 1998 and one brother, Romeo Clarke in 2015.
Visitations Wednesday, August 22, 2018, from 11:00 a.m. to 9:00 p.m. with a rosary at 7 p.m.  Thursday, August 23, 2018 visitation 8:00 a.m. to 9:45 a.m. to follow with funeral Mass at 10:00 a.m. at Immaculate Conception Church. Burial will follow at St. John Cemetery.  The Clarke Family entrusted their services to the care of Sanchez Funeral Home of Rio Grande City.

To order memorial trees or send flowers to the family in memory of Rigoberto Clarke, please visit our flower store.
Send a Sympathy Card