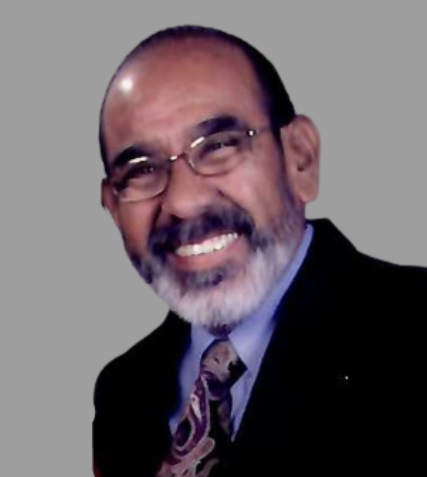 Rudolph (Rudy) Martinez Jr. Rio Grande City-Rudy Martinez, 83 passed away Sunday, May 1, 2022, at the Rio Grande Nursing and Rehab in Rio Grande City. Texas. He is preceded in death by his parents Rodolfo and Inez O. Martinez and his brother Roland Martinez. Rudy is survived by his beloved wife of 24 years Maria Cristina Martinez, sister-in-law Nickie Martinez (Roland Martinez Jr. ), and nieces Linda Pierre, Dina Santos and Jan L. Soliman. He is also survived by his father-in-law Gregorio Gonzalez (Leonarda B.Gonzalez), brothers-in-law Ciro Gonzalez (Diana T. Gonzalez), Cesar Gonzalez (Nelda G. Gonzalez), and Javier Gonzalez (Melba R. Gonzalez), sister-in-law Marta G. Garza (Alberto Garza) and numerous nephews and nieces. Mr. Martinez was born and raised in Corpus Christi. Upon graduation he served in the U.S Army. He then returned to attend Delmar College, continued at University of Oklahoma then to University of Corpus Christi where he later obtained his Masters Degree in Music form Texas A & 1 University While attending college he played saxophone and toured with popular tejano bands such as Isidro Lopez, Oscar Martinez and others. Mr. Martinez came to Rio Grande City in 1979 where he taught music for 24 years until his retirement. Visitation will be held at Sanchez Funeral Home on Thursday, May 5th from 4 to 8 p.m. with a rosary at  6:00 p.m. Funeral mass will be on Friday, May 6th at 10:00 a.m. at Immaculate Conception Church in RGC, followed by burial at Roma City Cemetery.

To order memorial trees or send flowers to the family in memory of Rudolph "Rudy" Martinez Jr., please visit our flower store.