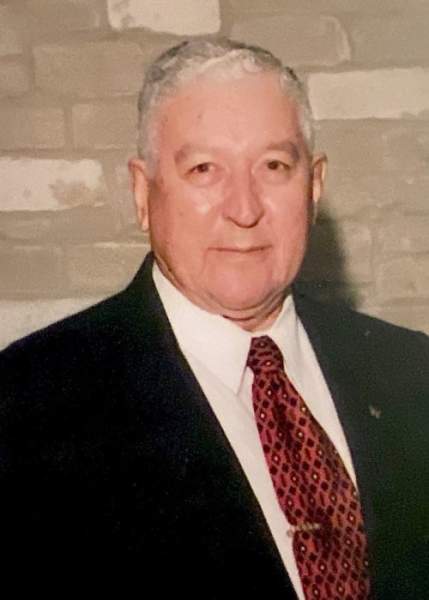 RIO GRANDE CITY-Silvestre Gonzalez LTC US Army (Retired), passed on to
eternal rest on April 22, 2020. He was a beloved husband, father, son,
grandfather and great-grandfather. Silvestre was a lifetime resident of Rio
Grande City where he graduated from Rio Grande High School in 1947.
Silvestre continued with his education and graduated from Texas A&M as a
proud member of the class of 1954, with a military rank of 2 nd Lieutenant.
Silvestre served his country proudly during the Korean Conflict and
continued service to his country as the commander of the U.S. Army reserve
Logistical Unit in McAllen. He also served as Executive Officer, 1 st Calvary
Division Artillery at Fort Hood. His military accomplishments were
recognized when he received the Army Commendation Medal for his service
during the Korean Conflict. After serving in the military, Silvestre worked
with the Department of Agriculture (Soil Conservation Service) for 30 years
until his retirement. Upon retirement, he began his own business owner of SG
Valuation Services. Silvestre spent most of his career as a real estate
appraiser and consultant. He vested interest in Medina Electric Co-op since
he had been a member of the Co-op for over 18 years, serving as a member of
the Board of Directors for District 3. He was also an active member of the
community by serving on the Starr County Subdivision Regulations
Committee. In addition, he was a member of the Order of Alhambra, where he
served as a Grand Commander. He was a member of the Knights of Columbus,
Rotary Club, and Rio Grande Valley A&M Club. Silvestre was a quiet, loving
and caring individual who always encouraged those around him to excel in
any aspect of their lives. Silvestre was preceded in death by his parents,
Porfirio Gonzalez and Gonzala G. Gonzalez, his in-laws, Arturo O. Trevino,
Sr. and Olivia R. Trevino, and his brother-in-law, Arturo O. Trevino, Jr. He is
survived by his wife, Alma Gloria T. Gonzalez, his sons, Dr. Eduardo A.
Gonzalez (Veronica), and Dr. David A. Gonzalez (Yadira). He is also survived
by his grandchildren, Dr. Clarissa L. Gonzalez (Derek), David A. Gonzalez, Jr.
“D.J.” (Alyssa), Megan Brown (Andrew), Elyse I. Gonzalez, Christina M. Gonzalez, great -grandson,
Ryan Adam Salinas, great-granddaughter, Emma Cecilia Brown, sister-in-law,
Ernestina C. Trevino, and nieces, nephew and friends. Pallbearers are Arturo
O. Trevino III, Roy Lopez, David A. Gonzalez, Jr. (D.J.), Derek Salinas, Jorge

To order memorial trees or send flowers to the family in memory of Silvestre Gonzalez LTC US Army (Ret), please visit our flower store.